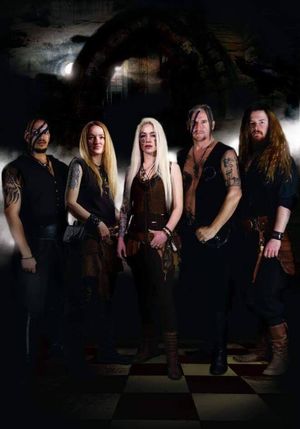 The Dolmen are a relentless organic Celtic rock band born from the county of Dorset, England. Their mission has been to infiltrate the minds and souls of a growing audience with their tribal rhythms and powerful spiritual renditions.

The Dolmen was founded by prolific song writer & lead singer, Taloch Jameson and after a few changes over the years, the current line up has been solid since 2010 when drummer, Chris Harris, joined to complete the experience. Josh Elliott, lead guitarist, joined The Dolmen family in 2009 and Kayleigh Marchant, bass guitar & vocals, became a member in 2008. After breaking into Europe The Dolmen then found Anja Novotny, flutes & keyboard, in 2015.

Their album ‘NUADA’ released in 2016 is emblematic of their success, and testament to the band's artistic evolution and enthusiasm, described by Van Muylem of SNOOZECONTROL “as an exceptional trip”. The release of ‘NUADA’ has also found The Dolmen nominated in the ‘Bastaard Fantasy Awards’ for best album internationally and nominated best live act internationally, of which   they won in both categories. 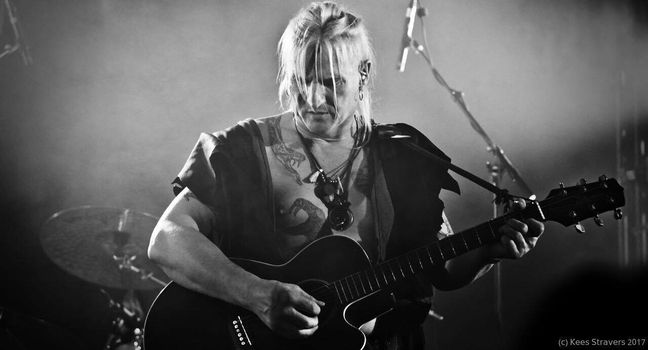 Founding member, lead singer-songwriter and soul of The Dolmen: Born and raised an Islander off the coast of the UK, his music and rough edges reflect the dual heritage from which he was bred. Drawing from folklore, legend and historical account to actively preserve the traditions and memory of a rapidly fading Celtic age, his personal spiritual ethos, mentoring, music and writings on individual freedom of thought and peace have inspired people all over the world. A familiar figure on radio, television and other media across the UK and mainland Europe, he is also the founder of Clan Dolmen International (formerly The Dolmen Grove). Taloch has never lost his cultural musical roots, and as the driving force of the band, sets the tone of The Dolmen with the poetry, passion and fire of the Romany and indigenous Native American tribes from which he springs. 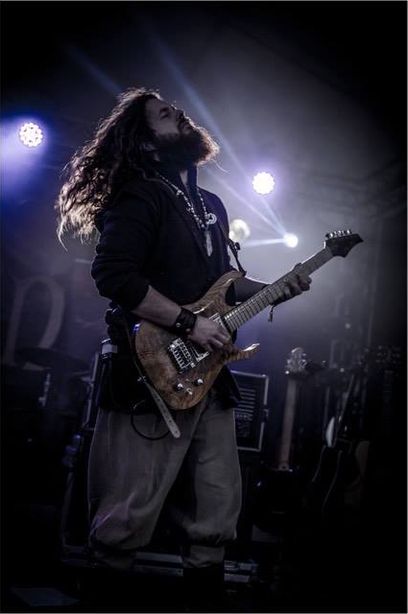 Joining The Dolmen at a fairly young age, any doubts about Josh’s abilities were soon put to rest. An accomplished guitarist with classic licks and soaring leads reminiscent of the greats of vintage Rock, he nonetheless shares the band’s passion for tradition and love of folklore, creating a seamless union of the modern with a heavy Celtic seasoning. His first compositions alongside Taloch resulted in the acclaimed album, “Crabchurch Conspiracy”. Based on Dolmen lyricist and collaborator Mark Vine’s book of the same name, the work is an historical and musical look at the tragic consequences of the English Civil War and its effect on the countryside and people of Dorset. Since that time, his contributions to the band have been epic, his achievements significant, and his music nothing less than magic. 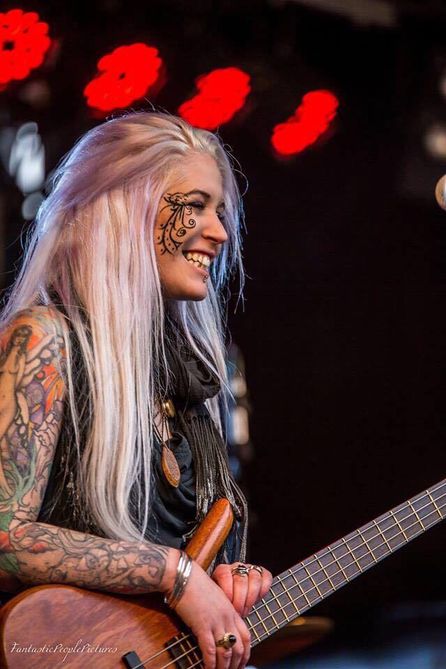 An audience favourite in her own right, with at least one solo album under her belt, the gorgeous Kayleigh’s driving bass and rhythms perfectly express her unique spirit and energy. Proceeding from a background in dance, theatre, and performance, she has been a lover of Celtic and Celtic-inspired music from an early age, beautifully dovetailing with The Dolmen philosophy and vitality from the very start. An essential part of The Dolmen identity and a true rebel soul, her songwriting and vocal abilities have had a tremendous influence over the band and her many fans. On stage, it is invariably Kayleigh who insures each concert is a festival of party fun. 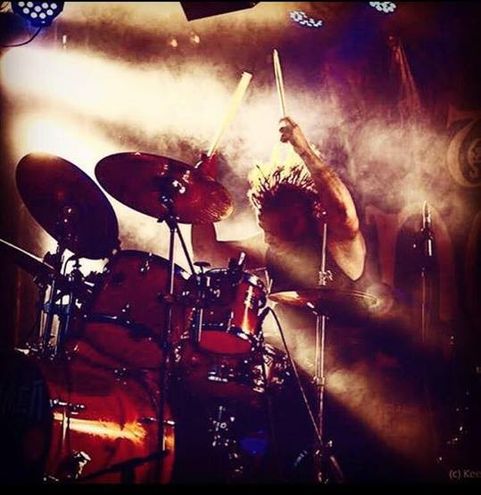 Powerful and tribal, Chris brings to the band his unique style of Celtic drumming from the Highlands of his youth. As the pulse, the heartbeat and kinetic energy of the band itself, his contributions over the years have led to the perfection of The Dolmen sound that is unique amongst Celtic Rock today. Recently taking center stage as a vocalist, his live rendition of “The Wild Wind Howls” has become a much anticipated audience favorite. Taking up the accordion and other instruments with equal ease, he is a wonder of musical diversity, of traditional and progressive sound, and an integral element of The Dolmen. 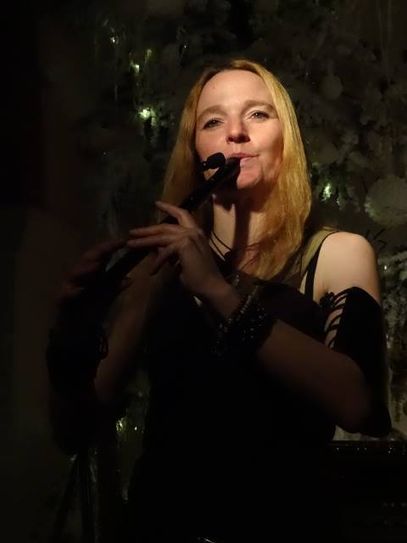 Yet another multi-instrumentalist and accomplished musician, Anja made her debut with The Dolmen after a successful career on the European festival circuits. Based on the Continent, Anja tours with The Dolmen mainly in concert on the mainland, bringing her blazing talent to life in her brilliant stage performances with flute, whistle and bagpipe. Like the natural element of Air her music embodies, Anja’s beautiful personality and formidable talent have brought joy and light to the stage as well as acclaim to the band as a whole, who are honoured to call her their own.